Not Such Deep Thoughts, Part IX 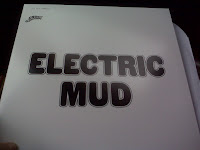 You know the drill by now; every time my head gets filled to overflowing with random thoughts, you get one of these, so let’s get right to it:

Speaking of drills, how about this mess in the Gulf? It turns my stomach to think of the devastation that’s in store. Now, I’m a realist, and I know that we can’t get along without oil, and that you can’t get oil without drilling, but we need to do it correctly despite the cost. There should have been an acoustic switch installed as a fail safe on the Deepwater Horizon, and the fact that the US doesn’t require them on all offshore rigs is ridiculous. We need to get regulations in place right now. We also need to start supplementing our oil usage with alternative energy sources yesterday. I don’t want to hear the argument that projects like Cape Wind will spoil the views in Nantucket Sound; this spill isn’t doing too much for Gulf property values, now is it? Or, that it won’t make a dent in our energy needs. Hey, it won’t power the entire state, but powering ¾ of the Cape is nothing to sneeze at. Just think, every barrel saved is another barrel for your SUV. It’s all about conserving our resources any way we can now, while we work at developing real alternatives.

The Red Sox really, really, suck this year. They looked great on paper coming into the season, and their come from behind win against the Yankees in the home opener had me all jeeped up, but they’ve been on a downhill slide ever since. On the bright side, they’re pounding the Angels this week, so maybe they’re waking up, and last year I thought the Yankees were toast when they were battling with similar suckage, but look how that turned out. Hey, ya gotta have hope…

The Celts and the B’s, on the other hand, are both doing very well. Both have made it to the second round, and the games have been hard fought and exciting (Tuuuu-kka!). Who would have guessed? We’re really pretty lucky to have such a wealth of pro sports around here, and who knows, maybe by the time these guys finally wind down their respective seasons, the Sox will have gotten back in the groove. Maybe.

I finally got to play with the iPad the other day, and while it’s definitely slicker than snot on a doorknob, its just not the right device for me. I’ve already got a Touch and a laptop, what the heck am I gonna do with an iPad? The way it’s tricked out right now, its only purpose is as a cool but expensive coffee table gadget.

I’m still working on my Peeps stash, and the ones that are left are aged to perfection.

My buddy Steve sent me a picture from his phone the other day of an album he was buying (see above). It was a vinyl copy of the 1968 Muddy Waters album “Electric Mud”, and it got me to thinking. Although I love the instant gratification that is iTunes, I really miss browsing through all the albums and CD’s in a real brick and mortar record store. The little thrill you get when you find a gem like Electric Mud amidst all the clutter, the heft of the album in your hands as you turn it over to check out the play list on the back, you actually felt like you were buying something substantial. I couldn’t wait to get home and unwrap it, pop it on the turntable, and then sit back and read the liner notes as my 301’s engulfed me in audio bliss. With iTunes, I usually end up having my first listen on my computer, which is a less than satisfying experience. April 17th was National Record Store Day, and there were a lot of vinyl releases to coincide. Matter of fact, there’s a 7” Beatles remastered vinyl coming out on May 18th , featuring Paperback Writer and Rain. Check out this website for more info on vinyl releases and to find a record store near you. My personal favorite is Aboveground Records in Edgartown, I could (and have) spend hours in there.

I was totally impressed by the speed, skill and determination of the MWRA workers that fixed the Aqueduct failure this week, and by the way the whole thing was handled in general. Good job people!

I really like the way the Patriots drafted this year; big and beefy. Last season when it came down to physicality they were getting their butts handed to them, and that just won’t cut it in the hard fought AFC East. I think the big tight end Gronkowski is going to make an instant impact. I can see him becoming a short yardage binky for Brady. If Welker comes back and Hernandez works out, that would give them a lot of options. My only regret is that they didn’t pick up a running back. Hopefully they’ll bring in a veteran or two before camp. LaDainian would have been interesting, but that boat’s already sailed. I guess we’ll have to wait and see.

One last thought before I go and I think I’ll have cleared out enough free space for now;

I love getting out in the yard in the spring. Raking, planting, fertilizing, planning my little projects for the season, improves my disposition. I tend to get a little grumpy and cranky towards the end of the winter and spring yard work helps pull me out of my funk. Looking out over the yard at the end of a hard day’s labor, thinking about those long, lazy summer days that are coming; priceless.