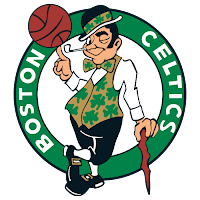 Ray Allen raining threes and Rondo reigning the floor, now that’s what I like to see!

What a game. Best line of the night, midway through the second quarter; “I guess people were making too much out of a single win…”. Yeah, you were, you chowdahead.

It wasn’t just Breen, Jackson and Van Gundy singing the Lakers praises early though, Scott and company made the pre game intolerable with their premature coronation ceremony. Do these people understand that they’re broadcasting in both markets? I think not. They’re all gonna have to work overtime revamping their shtick before Tuesday. Empty suits.

So now it’s back to Boston for 3 games in what has become a best of 5 series. This is going to be a back and forth heavyweight slugfest right to the end, but I think the Celtics will prevail. In the end, the Lakers downfall will be their attitude. Like tonight’s broadcast team, the Lakers were convinced that they had the Celtic’s number, and they weren’t prepared for the team that showed up tonight. When things don’t follow script for these guys, they start breaking down. Watch and see.