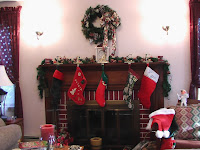 Nice Blog Post. Thanks For Sharing this informative post.
MagicJack uses the internet connection for allowing you to make calls on this.