Once again the Rockies made a late inning surge but the Sox held on, beating Colorado 4-3 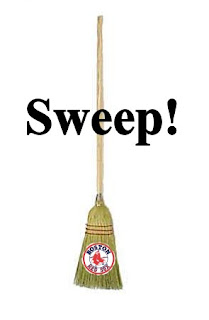 Lester was great in his first post season start, throwing 5 and 2/3 innings of shutout baseball. Delcarmen, Timlin and Okajima came in in relief with Manny and Oki giving up 1 and 2 runs respectively, but Papelbon shut the door on the series and the Rockies season.

Mike Lowell had a double in the 5th, scoring on a head first slide at the plate and a solo home run in the 7th and was named series MVP. SIGN HIM, THEO!

How great is this team? Everyone came up big at one time or another during this championship run. Everyone.

The best thing is that so many of these guys are just starting out. I think we're gonna see some great baseball in this town for quite a while.
Posted by berryjooks on 10/29/2007