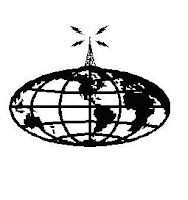 Every so often when I refresh my available wireless networks list, “Free Public Wi-Fi” pops up as an available ad-hoc network. I usually don’t troll for signal unless I’m on the road, so seeing it pop up in numerous locations really piqued my curiosity.

Had I stumbled onto some great and noble geek humanitarian effort; a plan to give free Wi-Fi to the masses? Or, more likely, was it a diabolical plot by unscrupulous villains to steal my identity and trash my computer? I was intrigued, but as so often happens, I got busy, lost the thread, and never looked into it.

It popped up on my available networks list again last week while I was on vacation, then on my first day back someone asked me if I had ever seen a “Free Public Wi-Fi” offering and if I knew what it was. They even voiced my own fears that it was someone up to no good. Well, that was it. I started Googling and found a plethora of information.

It seems the phenomenon has been around for a while. The first reference I found to it was in 2006 on the Houston Chronicle’s TechBlog. It appears to be a Microsoft “feature”. When your laptop can’t find a wireless network to connect to, it will offer itself up as an ad-hoc node for others to connect to, advertising itself with the name of the last ad-hoc network it tried to join. I guess Windows is sending out an electronic mating call, in search of other offline geeks.

The Chronicle writer’s theory on the actual spread of the SSID name “Free Public Wi-Fi” is very good and is worth the read. After you finish this, of course.

To be done with it once and for all, open up your “Available wireless connections” screen, click on “Change advanced settings” and check the box “Access point (infrastructure) networks only” under “Networks to access”. That’s it. No more Free Public Wi-Fi. No more ad-hoc networks period.

It would have been much cooler if it really had been a great and noble geek humanitarian effort. I’m so disappointed.
Posted by berryjooks on 7/24/2008