My Take On The New iPhone 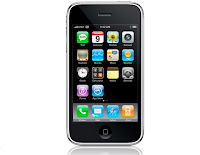 As you probably already know, the must have gadget of the summer of ‘08 is the iPhone. Whether it’s the original model or the new 3G version, everywhere I look I see people glued to the little screens. Of course, I’m at the Vineyard, one of the world capitals of conspicuous consumption, so it’s a slightly skewed demographic, but none the less, I’ve seen a lot of them lately.

Being the gadget guy that I am, I can’t help feeling a little bit of electronic envy. It is a pretty sweet little device and I’d love to get my hands on one for more than just a test drive.

Apple has really outdone itself on both the iPhone and the Touch. In both form and function they have laid down the blueprint for the future of personal devices. They still have a ways to go as far as things like on board memory and device pricing, but that will come along with time and competition. It’s the basics that they’ve gotten right, as evidenced by all the copy cat devices popping up.

All that being said, the iPhone isn’t the device for me.

Here’s the deal. The first problem is the single carrier. I’m not with AT+T, and I don’t plan to be anytime soon. For a personal phone, I have a really great family plan through another carrier. I also have a Nextel provided by my employer. I don’t want or need a third phone, especially one that needs an additional $30/month data plan to be effective.

Second thing is that I don’t want or need email and internet access on my phone.

Would it be a cool thing? Yes, but I have a hard enough time stepping away from the keyboard as it is. I don’t need a phone that will blur the line I’ve drawn in the sand to try and keep technology from preventing me from participating in life.

I see too many people in the head down, phone up position, ignoring their families and everything else around them, texting or surfing as if in a trance. Nuh-uh, not for me.

It would also be a huge problem if I got an important call and the phone cut out because I’d squandered my charge surfing or responding to email.

While mulifunctionality is a good thing to a point, I don’t want my music player to be a phone. We’ve already got 3 iPods. The most recent addition is the 3rd gen nano with video. In the here and now, I think its Apple’s (or anyone’s) best media player entry in terms of storage, price and functionality.

When it comes time to upgrade again, I’ll seriously consider replacing it with the Touch. I hope Apple doesn’t forsake this device amidst the current iPhone frenzy. I think it actually has more potential than the iPhone. In my opinion a Wi-Fi enabled media player is the ultimate. No plan costs, no worries about staying in contact if you fall asleep on the beach with it running, and no being tethered to a PC for content.

Before I close, I want to apologize for the lack of recent entries. We’re on vacation and I just haven’t had the right combination of time and internet access to do too much. I will have more later in the week though, as I’m seriously considering a new toy, an electric viola bass (think Paul McCartney). I just need to finish convincing my wife that I really need it. Her mission right now seems to be to keep me out of Island Music until my urge passes…
Posted by berryjooks on 7/15/2008