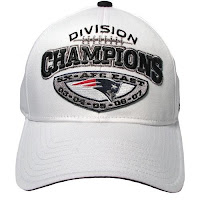 The Patriots became AFC Eastern Division Champs for the 5th year in a row by virtue of a Bills loss today, but things didn't go quite so smoothly on the field.
The Pats pulled off a squeaker against the Eagles, beating them 31 to 28 in a back and forth game that came right down to the wire. The Eagles played inspired football and A.J. Feeley had the game of his career, but the Pats persevered. Brady led them on a 69 yard scoring drive in the 4th to retake the lead and the defense sealed the deal with a pair of interceptions on the last 2 Eagle possessions.
It was a tight game but I don't for a minute believe the post game comments from the NBC porks that the Eagles have shown the rest of the league a blueprint to beat the Pats. The defense was flat tonight, although they came through when it counted, and Moss was not himself. The Eagles secondary had a lot to do with his performance but you could see that his timing was off. He was jumping to soon on the high throws and he seemed to be looking over the wrong shoulder on a couple of plays. Hey, the guy is an amazing receiver, tonight just wasn't his night.
The double coverage on Moss did open up Welker, who had a big night and really pulled our nards out of the fire. That guy is a mean motor scooter. Game balls have to go to both Welker and Samuel.
On to Baltimore to face the Ravens on Monday Night Football. This should be good. There was some jawing earlier in the season between Adalius Thomas and Ray Lewis. I just don't like that guy and would love to see him get shut down.
Posted by berryjooks on 11/25/2007