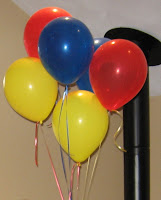 This weekend we had a party to celebrate our son's graduation and successful passing of his licensing exams. He worked hard and we're incredibly proud of him.

When we were planning the celebration we weren't sure what to expect for weather this early in the season. After a bleak and depressing winter that seemed like it was never gonna leave us, the nice weather we've experienced over the last week or so has been like a gift from the heavens, but this is New England and you just never know what spring might bring you, so we planned for an indoor affair.

To our pleasant surprise Saturday turned out to be a perfect day, and the festivities quickly moved outside and became our clan's first official backyard party of the 2008 season. It was great to get outside and sit in the brilliant sunshine, and even better to be with friends and family to celebrate a happy occasion for a change.

The best part of the day though, the part I'll hold onto years from now when I look back on that sunny day, was the smile on my son's face.

Watching him enjoy the day gave me such a good feeling. It was the highest of highs.

To see your children succeed and be happy is what every parent dreams of, and we've been truly blessed.
Posted by berryjooks on 4/27/2008 No comments:

Lost is back in a new time slot (10pm EST) with all new episodes beginning this Thursday, April 24th, and I'm way more than ready.

Check out our preview of this week's episode "The Shape of Things to Come" in the Lost section over on www.berryjooks.com, then dust off your favorite seat, get comfy, and prepare to be sucked back in.
Posted by berryjooks on 4/21/2008 No comments: 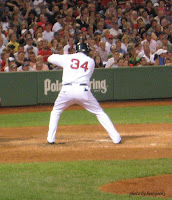 Talk about a dramatic way to break out of a slump. Did you ever really doubt it was coming?

And how about those kids, huh? I think this is gonna be a fun season.


Full game recap on redsox.com
Posted by berryjooks on 4/18/2008 No comments:

Back in November I did a post called An iTunes Mystery - The Case Of The Disappearing Cover Art . I think I can finally say that the case is closed, mystery solved.

I was having problems with artwork disappearing from iTunes, and consequently from my iPod the next time I synced.

I won't bore you again with all the details, but you can read them in the link to the original post above if your not one of my three dedicated readers. The bottom line is that once I unchecked “Automatically download missing album artwork” on the General Tab under Preferences, it stopped happening. Although it was an intermittent problem, it's now been 5 months since I changed it and I haven't lost any artwork.

Now remember, this worked for me on a specific platform (XP Pro/Windows Media Center 2005), and in a specific situation (the disappearing artwork was all added by hand to ripped music when iTunes couldn't find it). This solution also has one obvious drawback. While iTunes purchased music is still downloaded with cover art, once you uncheck the "automatically download missing album artwork" box, music you rip and then import into iTunes won't have cover art. I think this is the lesser of the two evils. I'd rather add cover art once when I import a song, then constantly have to re add random batches of artwork. It was an insidious problem because usually by the time I noticed it I had synced repeatedly and then I'd have to go back through the entire library looking for the newly naked tunes.

I finally decided enough time had passed to give you an update on this one plus I noticed recently that the search keywords that bring the most traffic to my site are variations on "Missing iTunes Artwork". I guess there are quite a few others out there who have shared my misery.

You know, I'm almost afraid to upload this, 'cause I know that as soon as I do...

Good things come to those who wait.

After enduring a 2 hour rain delay, the Fenway Faithful were treated to an encore display of lightning as Jonathan Papelbon came in in the 8th with 2 on and 2 out and sat Alex Rodriguez down on 3 pitches. He came back out in the 9th and retired the side in order and the Red Sox held on to beat the Yankees 4 to 3.

Seeing the look on A-Rods face when Papelbon blew the heat by him for strike three was one of those moments you live for.

Full game recap on Redsox.com
Posted by berryjooks on 4/12/2008 No comments: 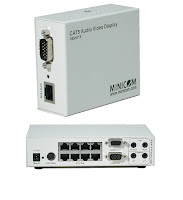 I also use a variation of this at home to send video from my Media Center PC to various TVs. There's a nice hi def version, the DS Vision, that delivers hi def video and stereo audio in the same manner. The biggest plus for me with this method of delivery is that I'm not clogging up my data pipes by streaming video through the switches. I don't care how good your network is, if you can segment out the video without going to great expense, that's huge. Check 'em out.
Posted by berryjooks on 4/10/2008 No comments:

Being a Boston sports fan and being roughly the same age as him, Bob Lobel has been a constant in my life for quite a while, and I'm going to miss him. I first heard him on 'BZ radio when I was in my twenties, and he graduated to sports anchor just as I was starting my family. I spent a lot of time rocking babies while he filled me in on the world of sports.

I'm gonna miss him most on Sunday nights, though. Boston is unique in it's local sports coverage, if you're a sports fan and do any travelling at all you find that out fast, and Sports Final has given us some of the finest local sports moments ever. The show where he brought Ted, Bobby and Larry together and just let them talk.., genius.

Another reason I'll miss him is that he actually responded to his audience. I have a local sports memorabilia collection, and unlike now when the Pats and Sox are on top of their respective heaps, it used to be quite a challenge obtaining some of it. One of my "things" (as my wife likes to call them), is my collection of local players football and baseball cards, and the biggest challenge has been my collection of Pats QB's cards back to the start of the franchise. Preferably rookie cards, and autographed when possible. I was stuck on Zolack. I couldn't find any records as to whether he even had one, so I emailed Bob and asked him if he would find out from Scott the year and manufacturer of his rookie card. He responded the same day and said that not only would he find out, he would be surprising Scott and other guests by flashing their rookie cards on camera.

I remember telling a coworker the Friday before the show that Bob was going to be showing Zo's card and he rolled his eyes and said "yuh, riiiggghhht." Monday morning he was in my office asking me how I knew him. To this day he still doesn't believe that I cold emailed him and he responded. "Your wife knows him, right? Your uncle? Come on, give it up!"

That's how you build an audience of loyal fans.

So yeah, I'm gonna miss him. Like all of us, the man has had his ups and downs, and although everyone has a right to their opinions, it's been a little disheartening to see some of the personal comments people have made today. Like the guy or not, why would anyone jeer a man as he moves on to another phase of his life? I don't get it.

Thanks for all the memories, Bob. I hope you can take some time off to enjoy life with your family and friends. Just don't be gone for too long...
Posted by berryjooks on 4/02/2008 No comments: